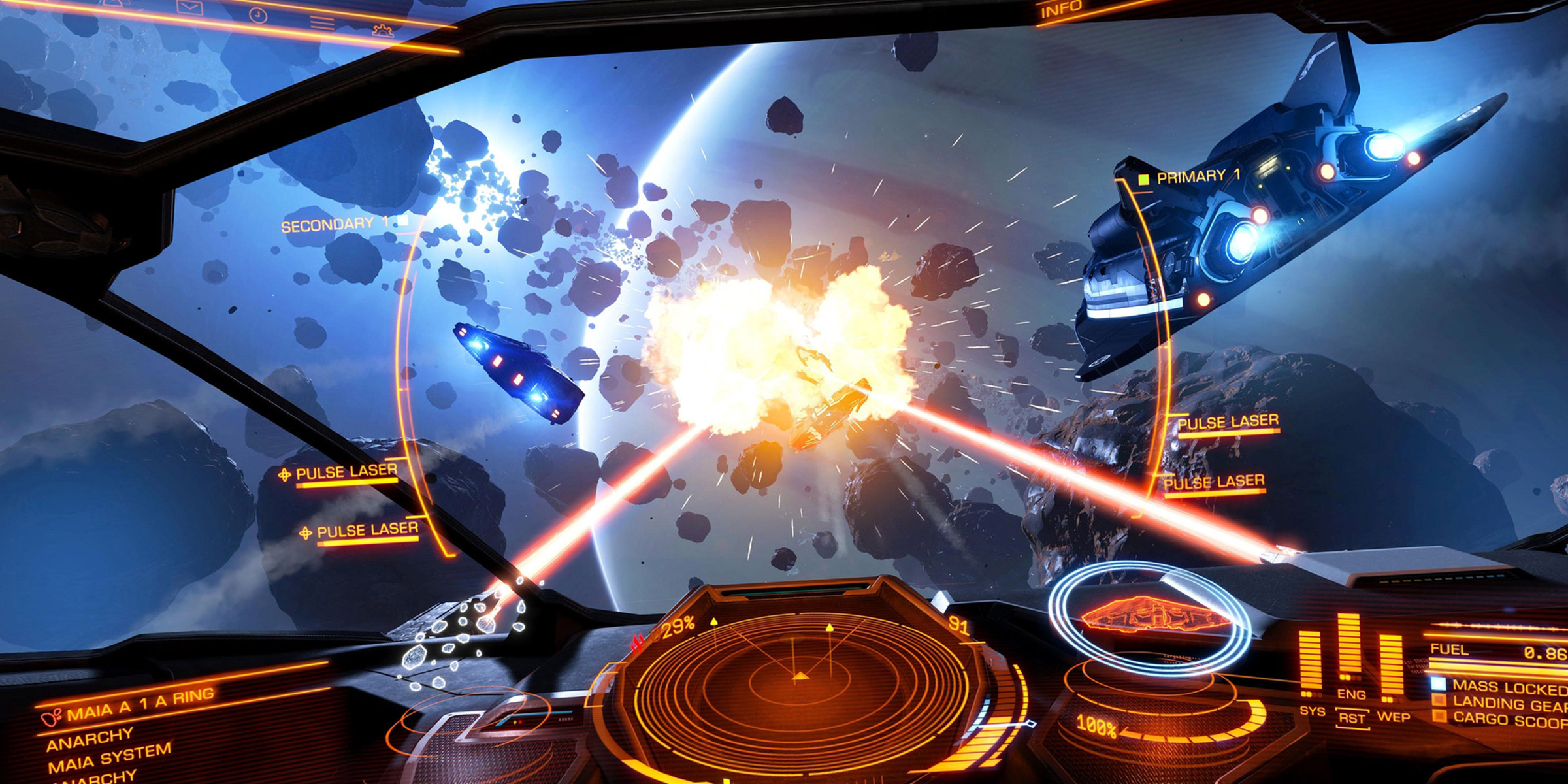 BlogElite Dangerous on a Mac?!

Elite Dangerous on a Mac?!

Written by Scott on 08 Mar 2018
Gaming Leave your thoughts

I just powered down my Windows 10 BootCamp install to write this fun-filled blog post about gaming on a Mac. Tonight I was playing my primary game called Elite Dangerous. Elite Dangerous is a space adventure and simulator that has some seriously impressive physics and space graphics to boot. After I managed to fire off a few rounds into the inside hull of an Orbis Starport after not playing for four months, Starport security decided to destroy my ship and send me to a detention center, costing me tens of thousands of credits in the process. Time to recalibrate the Thrustmaster Warthog.

Due to having to re-install Windows and the game itself, I had to adjust each setting needed to pilot the spacecraft. It’s a tedious task that must be accomplished. But it can be fun. Always, find that silver lining I say. Once I was able to properly pilot my craft, I accepted a mission to destroy a generator located at a base on a remote planet in a distant solar system six lightyears away.

Flying (and docking and/or landing) takes a while to get used to. Practice makes perfect. To dock/land, you use a mixture of thrusters and main engines to maneuver. This can be pretty complex, especially finding the right control mappings for the joystick and throttle. Getting to where you are going is the fun part for me. Navigating using the galaxy map and then following your course and jumping into hyperspace is pretty neat. In a short amount of time, you’ve traveled a few lightyears away and you drop out of hyperspace, oftentimes next to a star. You quickly maneuver the spacecraft away from its massive gravity field to make way to your next destination or hyperspace jump. The journey within the solar system is called supercruise. Sometimes it can take fifteen or so minutes to get to where you’re going. So grab an alternative activity or plan your next route. The music is quite relaxing too.

It’s always fun firing up a few missions sporadically to earn credits allowing yourself to upgrade your ship, or buy a new ship altogether. The game really has no plot or storyline. You create your own path as you explore. You could choose to be a space raider mowing down opponents, or you shuttle data, materials, or even people to various locations. There are many ways to earn credits.

Go check it out for yourself! If you like space gaming and want to pilot your own spacecraft from system to system, get Steam and purchase it.

But why not use Mac OS?

You might ask, why are you using a PC on a Mac? Most people know I prefer Mac, but since Apple chose to change their file system in High Sierra, most mac games are practically non-functional as they were optimized to work on the older file system. Plus I like using Windows as I feel the drivers and software for this game are more optimized compared to the Mac. Mainly due to a massive PC user base.

The future is bright for Mac.

I do think that gaming on Mac OS will be brighter in the future. The file system change was a good one. And with Metal 2 and other APIs will improve the gaming experience. But for now, I will wait and use Windows 10.

Along with the software and file system improvements Apple has made, Apple announced plans to sell external GPU containers after WWDC 2017. This allows users that can’t upgrade their systems (iMac and Laptop users, etcetera) to extend the life of the system and potentially open a window for the development of VR applications, both gaming and commercial, on Mac OS.

These announcements have spurred excitement amongst the Mac developer community. But we don’t know how much more progress we can expect.

If you’re a space gaming enthusiast, check out a newer game called Star Citizen, which is supposed to provide a deeper role-playing experience. I will be sure to check it out in due course and give my feedback on it. I am super excited about it. I just haven’t had the opportunity yet or the hard drive space. Plus the game is still being worked on and tested.